This is the first time in ___years that I don’t feel and like shopping! Coming from a certified shopaholic like me, this statement is so unlikely!

Well, today is my birthday and also my break from my playground, working in a shopping mall. It is also the day our annual marketing department’s Christmas party. I stopped by Mall of Asia to meet my colleague and whooaaa… the mall is so chaotic! People are everywhere and literally you’ll bump into them.

To get away from the crowd I opted to have my late lunch at Bay Area; destination Bulgogi Brothers, a Korean Restaurant.

After I have seated myself, the waitress enquired if I have a companion, which i retort that I go solo on my birthday, with a huge smile. She took my order and I requested for a Shabu-Shabu and she immediately informed me; “ma’am it’s good for four people” to which I replied, “I know, I’ll consume it myself”… We’ll I thought because I’m hungry like a dragon… I can manage 🙂

After few minutes, appetisers were served, yes with an “s” 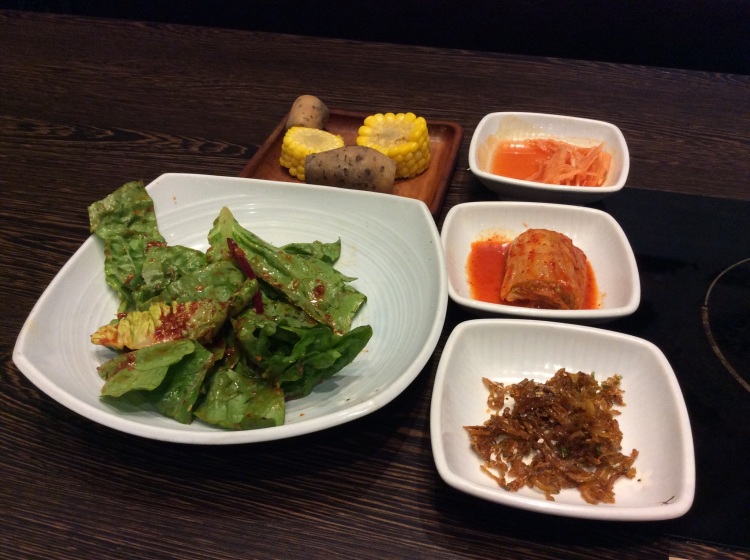 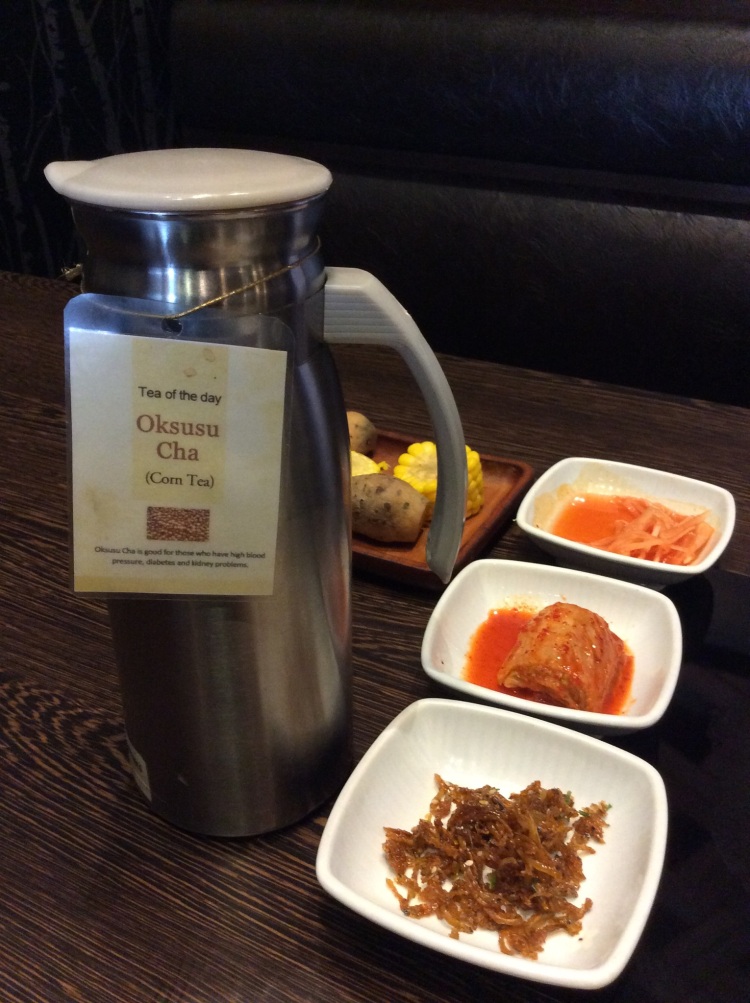 The garden salad was just refreshing, I loved the sauce it’s Bulgogi’s own mix, it’s spicy yet sweet with a nutty flavour…it tastes like kimchi sauce but wasn’t entirely…now what happened to these? I consumed them in just 10minutes…

Now the entree was served…. with a bang…..it was with rice and noodles. My first time to encounter Shabu-Shabu served rice and fresh egg. 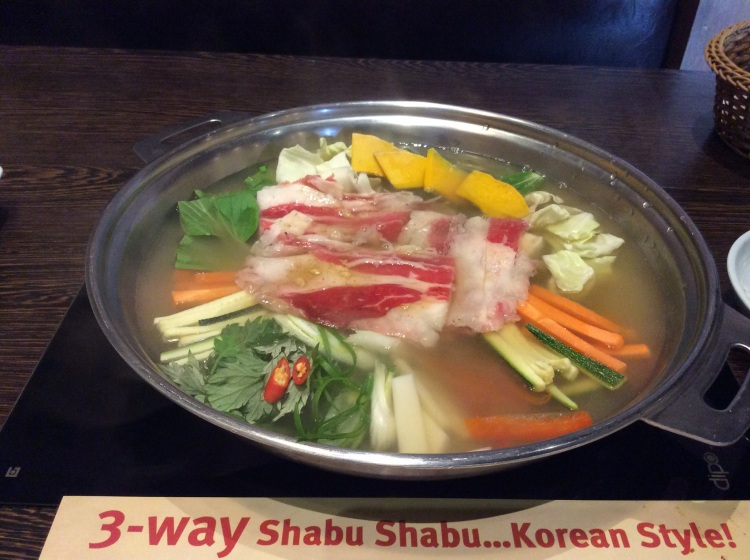 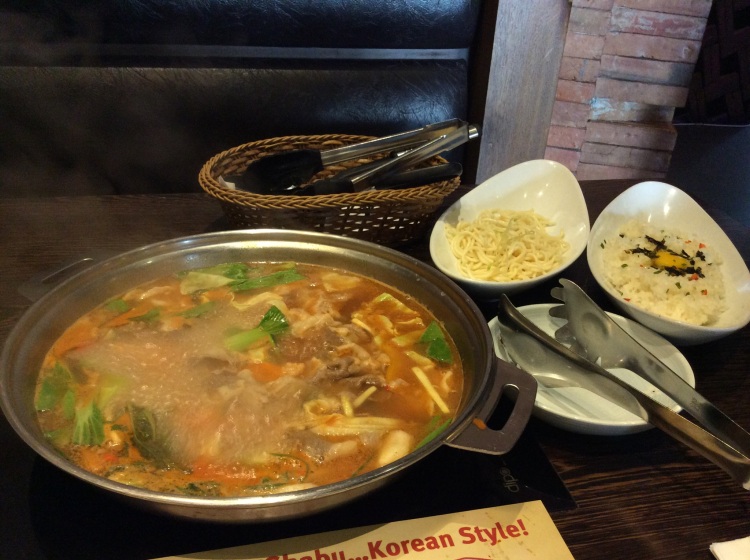 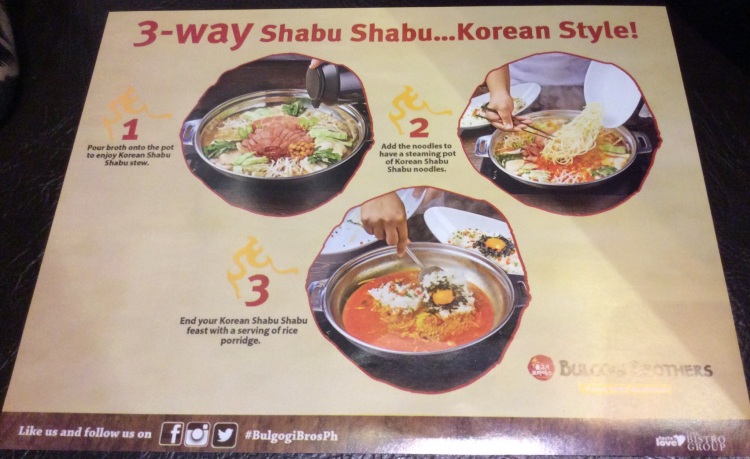 Now that was really cool and satisfying… Imagine I get to have rice porridge too! The waiter was smiling while he prepared my meal, actually we were both laughing because I can’t imagine eating all that porridge! Remember its good for four people. 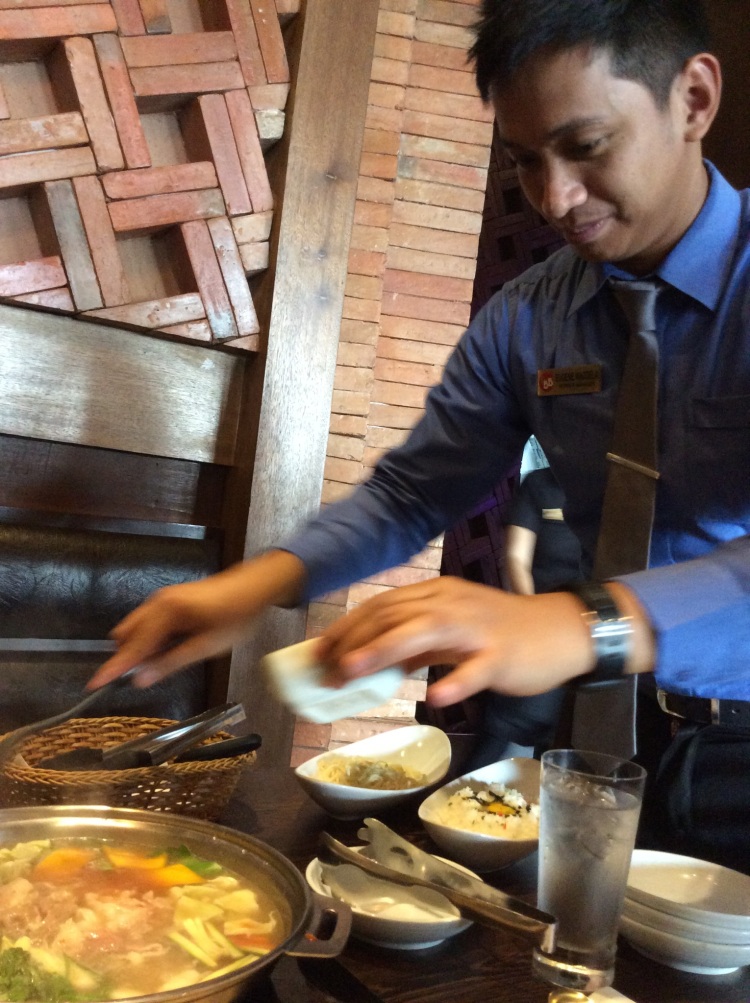 If you’re curious if I ate them all,  YES I did!!!! I stayed for good 2hours to consume all, my conscience kept on nagging me about people who go hungry because they don’t have enough to eat, and then here I was with so much food… So I ate them all!!!

Here’s how the porridge look like, it was so delicious…. 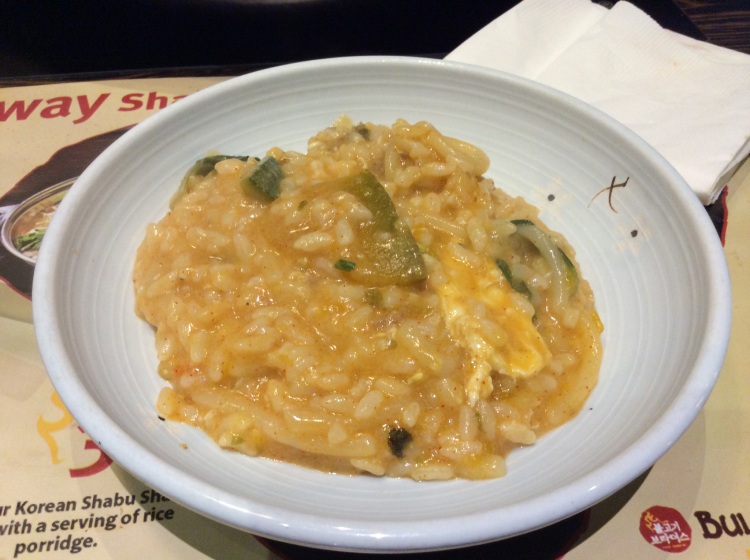 Since I was satisfied with the taste, serving size and service, I personally recommend Bulgogi Brothers to those who are into Korean food and those who would like to try it. By the way, the price is just right 🙂