Visiting museums and centuries old churches is always in my travel (business or leisure) to-do list. Just recently while waiting for a known supermarket to open to conduct trade check ( I arrived in the area at 9am) I decided to visit Jaro Cathedral which is canonically known as Jaro Metropolitan Cathedral and the National Shrine of Our Lady of the Candles also called Santuario Nacional de Nuestra Señora de la Candelariain Spanish. The Cathedral is located in the district of Jaro, Iloilo City and in the seat of Roman Catholic Arcdiocese of Jaro. Previously the Cathedral was placed under the patronage of Saint Elizabeth of Hungary. It is the second National Shrine in Visayas following Basilica del Santo Nino in Cebu. 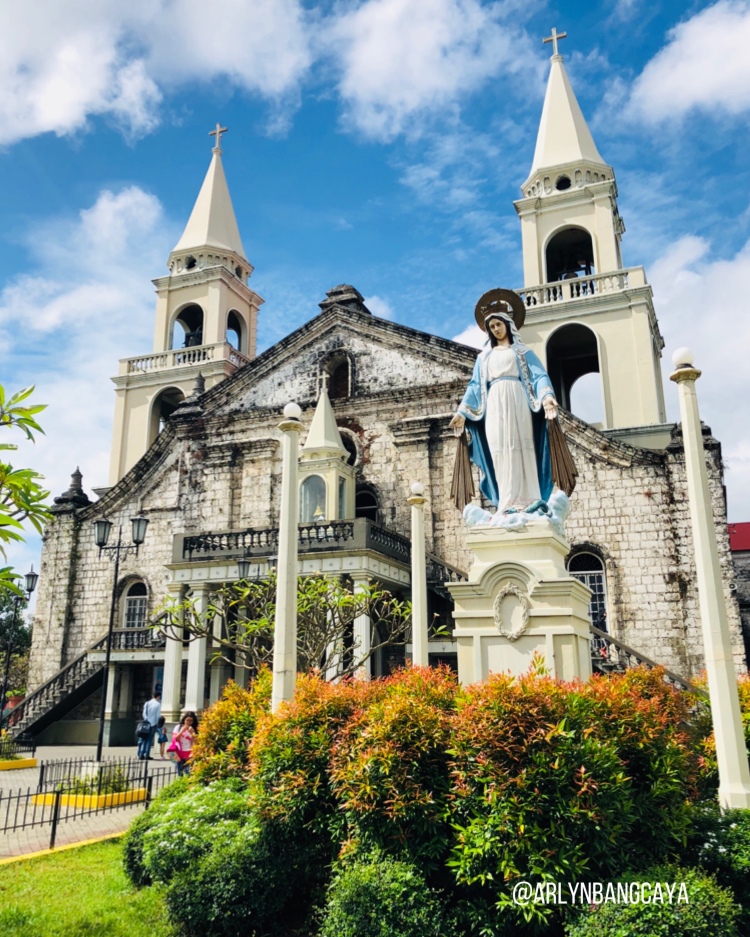 History records shows that when the sugar industry boomed in the Philippines especially being centered in Iloilo, several schools and churches were built. The construction of the Cathedral was completed in 1874 by the first Bishop of Jaro, Mariano Cuartero, O.P. however it was destroyed by Lady Caycay earthquake which had a magnitude of 7.8 . It was later repaired in 1956 by the first Archbishop of Jaro, Jose Maria Cuenco.

The shrine of Our Lady of Candles architectural design was of Romanesque Revival style, veering away from the semi-circular arches. A very distinctive feature of the Cathedral is, that the bell tower is located across a busy street from the church, on Jaro plaza which really puzzled me. It does however resembles churches in Ilocos wherein the belfry is separated from the main church. 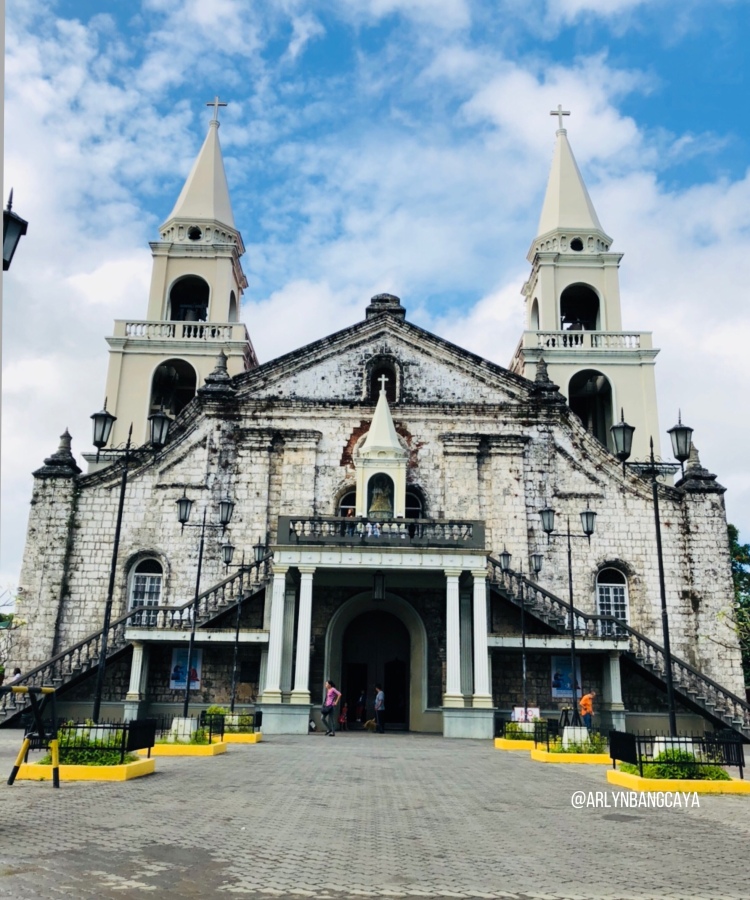 What I observe in most churches in Ilocos, normally the belfries are built next to their church. In this case, the tower was adjacent to an earlier church, which was a blessing in disguise, because when the earthquake destroyed the church, the tower wasn’t. Hence the belfry that you see is the original, constructed back in 1874.

The belfry as seen from the balcony of Our Lady in the front facade of the church. 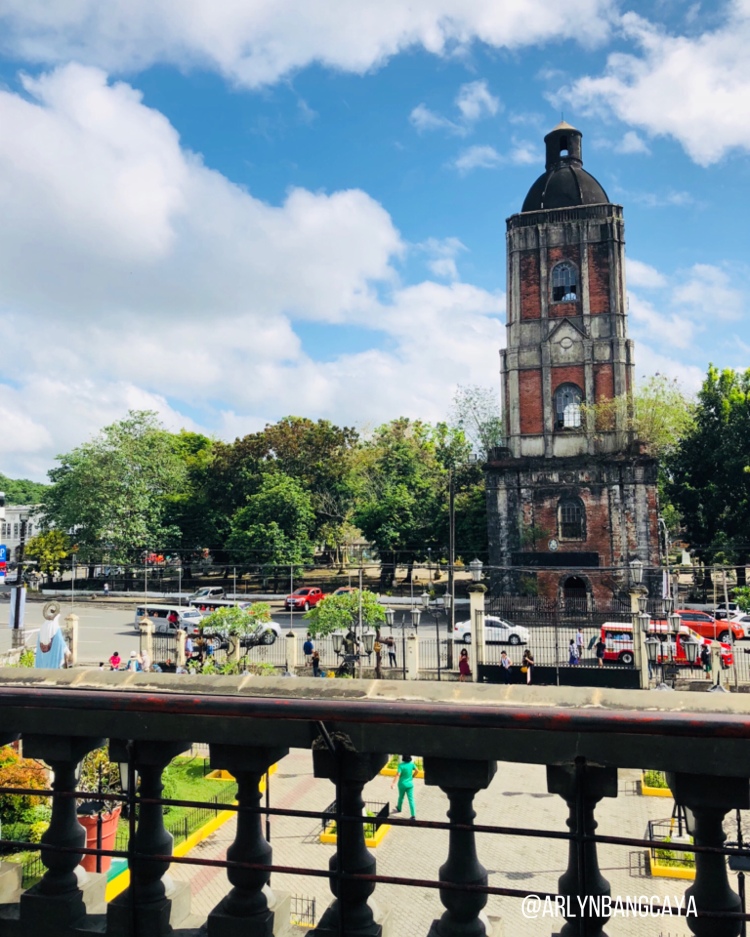 The second distinctive feature of the Cathedral are the the stairs attached to the front facade of the cathedral, over the main entrance. The two staircase will lead you up to the shrine of Our Lady of the Candles, which is facing the plaza and the belfry.

The third unique feature of the church is its all-male ensemble of saints placed on the main pillars, with the exception of the Virgin’s icon. According to history notes, the arrangement is in response to Molo Church’s all-female theme.

Lastly, The Marian image of of Our Lady of the Candles also has the distinction of being canonically crowned by the late Pope John Paul II during his visit to Iloilo City on February 21, 1981, making it as the only Marian figure to be given such stature in the Philippines. 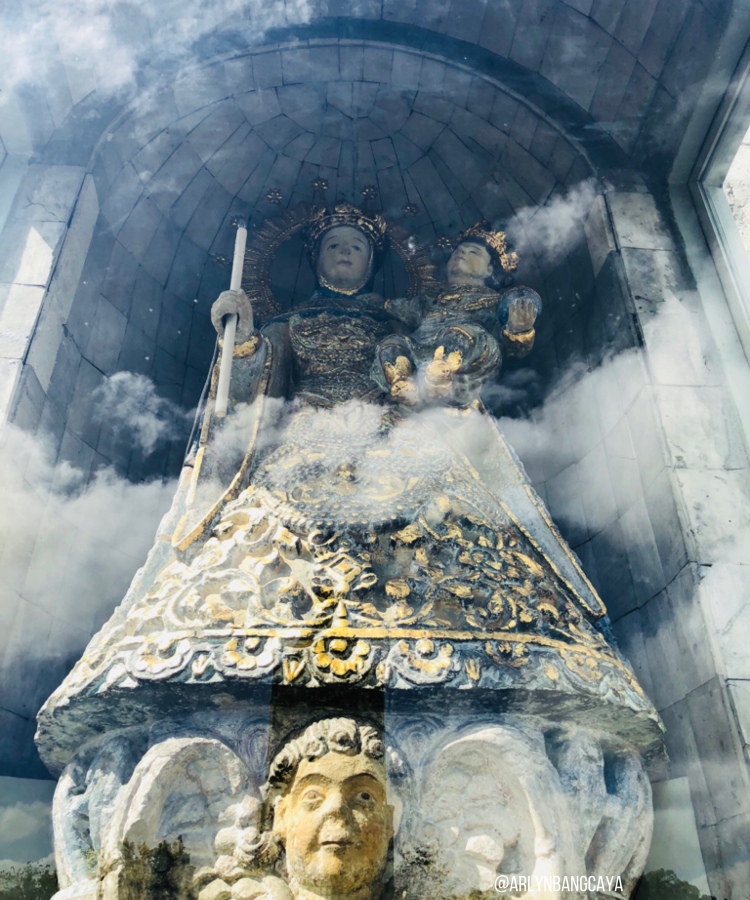 What makes it further historical is that the journalist, national hero, and co-founder of the Propaganda Movement, Graciano Lopez Jaena was baptized in the Cathedral on December 20, 1856 probably when the Cathedral hadn’t been completed yet. Also the National Historical Institute of the Philippines declared Jaro Cathedral a historical landmark in 1976 and finally the Catholic Bishops’ Conference approved the Cathedral as the National Shrine of Our Lady of Candles in January 2012.

What surprised me most aside from its design and the distinction of Mama Mary, is that the church also possesses relics of St. Josemaria Escriva.

If you go around the cathedral grounds, you will find several archdiocesan and parish offices, and a perpetual adoration chapel. About a block away is the archdiocesan seminary of St. Vincent Ferrer and across the plaza is the archbishop’s palace.

If you happen to be in Jaro, Iloilo, I recommend that you pay a visit to Our Lady of Candles.

The front door of the church leading to the main hall. 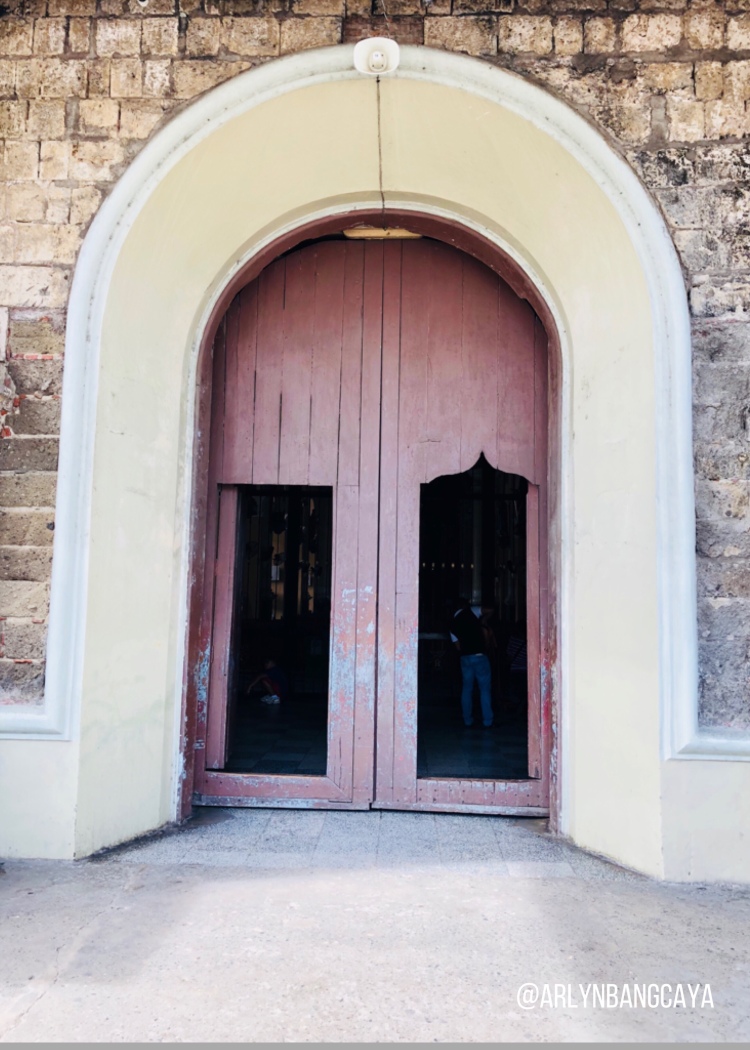 A family that prays together stays together.Saw this father and daughter passed by to say pay homage to Our Lady. 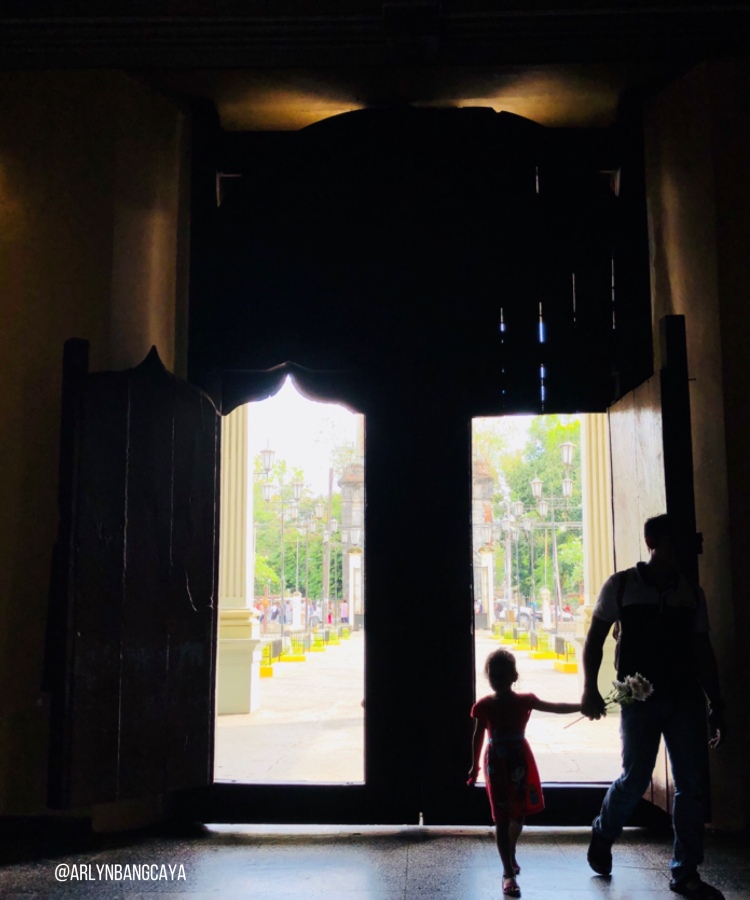 An elaborate painting on the ceiling at the entrance

Grilled and wide windows for ventilation

At the side of the church lined with Calachuci trees

In a regular day the main hallway of the church is closed. 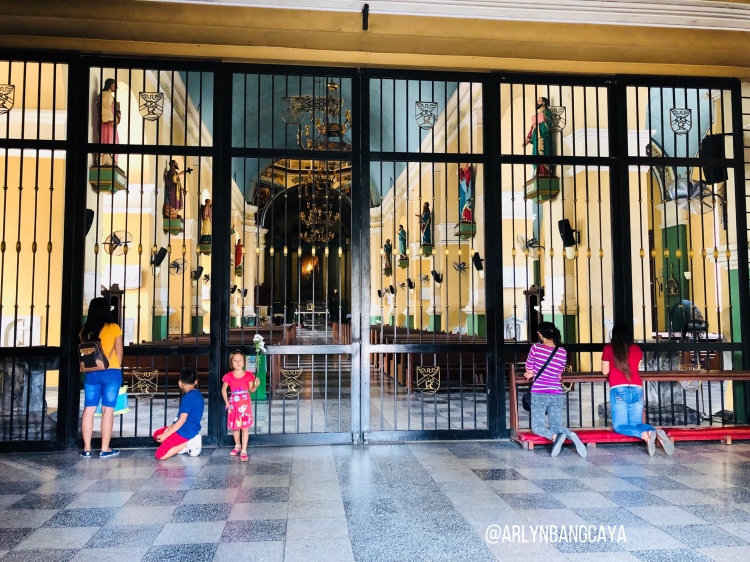 Candles maybe be purchased from some vendors at the gate of the church.

Walking on an old tiled floor, love the simple yet elegant pattern. 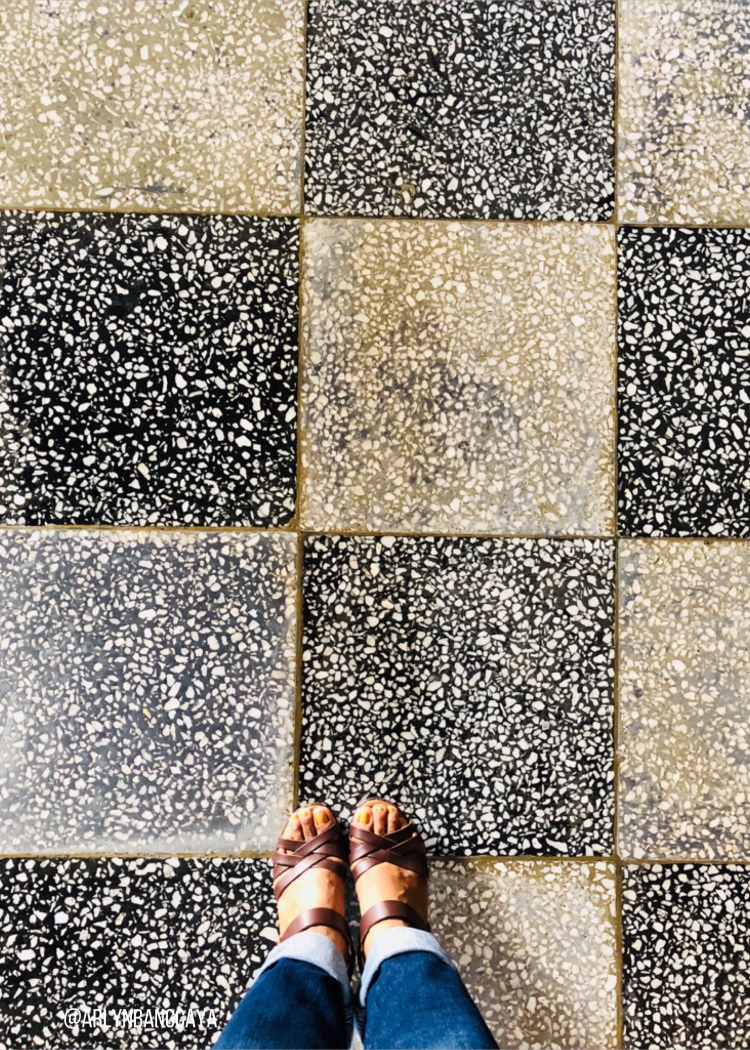