It was love at first sight! I have seen and read about the works and life of National Artists Guillermo E. Tolentino and Napoleon V. Abueva, all the while I thought I have seen the masters through their art, never did I realise that there’s an unheralded sculptor whose work captured my attention and interest and forever will be my minimum standard for Filipino sculpture.

One long weekend, I decided to visit the National Museum, it’s been awhile since the last time I have been there. I was so excited because of The Spoliarium, the grandest painting this country owns and is proud of. After appreciating its grandeur and beauty I entered the galleries leading to Juan Luna’s and Felix Resureccion Hidalgo’s masterpieces. In the hallway I saw series of sculptures some in plasters, others made of marble and they captured my interest. I stopped, looked closely at the details and alas…I was enchanted. I directed my attention on the tag to find out who the artist was, it was Isabelo Tampinco Y Lacandola.

My inquisitiveness set in, I tried to search from my limited stored knowledge about National Artists and heroes, and cannot seem to recall the name! Was he a National Artist that I’ve never heard of? I’m tempted again to consult my best friend Google but being confined in the solid walls of the National Museum didn’t help, Mr. Google’s a bit inaccessible😀

So, I decided to spend the next 60minutes intimately with Juan Luna and Felix Resurreccion Hidalgo, trying to get to know them better. Exiting the gallery, again I saw series of sculptures forming a straight line along the hallway, trying to exert their existence to museum visitors but few to a single soul even looked at them, even my friend who was with me, by the way didn’t spend more than a minute to greet each.

I, on the other was bewitched, enchanted is a bit understated to describe how I feel at that moment. Isabelo Tampinco’s masterpieces had me spellbounded. I was in trance I guess for I spent a minimum of 3 minutes per sculpture, just to stare at the details and feel the positive vibes emanating from each. Oh, I took photos to remind me of the feeling and beauty that I saw that day.

So who is Isabelo Tampinco y Lacandola? Was he a National Artist for sculpture? This information was not available on the Museum hall so I had to ask my best friend Mr. Google. Isabelo Tampinco was a Chinese mestizo born in Binondo on November 19, 1850. His parents were Leoncio delos Reyes Tampinco, a Chinese mestizo and Maria Matic Justa de Lacandola, who was a descendant of Raja Lakandula who ruled Manila in 1571. Isabelo’s father himself was a sculptor and a wood carver, no wonder his talent was exemptional he wasn’t just trained it ran in he is veins. Leoncio’s works can still be found me at the Malabo Parish Church. Furthermore Tampinco’s grandfather Manual was “builder of Cathedral of Lipa” , he was a mason! I have seen the Cathedral and it is grand as well.

An interesting fact is, Tampinco never went and studied abroad unlike his contemporaries our national hero Jose Rizal and Juan Luna. He was a student and trained on sculpture at Escuela de Artes y Oficios, wherein Jose Rizal was one of his classmates and an admirer of his works. With this Tampinco totally was a homegrown talent.

The most prominent works of Tampinco which I believe you have seen already are the facade of Manila Cathedral, the wood carvings of the San Agustin Church in Intramuros, Santo Domingo church’s high relief on the molave door, main altars of Saint William’s Cathedral in Laoag, the interior of the old senate session hall of the National Museum and lastly Malacanang’s entablature. I am quite sure you have seen these works yet never knew that it was Tampinco who created them.

Indeed Tampinco is an award winning artist, with works that outlive him, he passed away in January 20, 1933. His works however was a treasure he left to the nation and passed on his talent to his two sons Angel and Vidal who were both sculptors. I also saw their works in the hallway and they were beautiful and amazing at par with their fathers creations. A three-generation of sculptor family that we didn’t celebrate and talk about much.

Reading a bit about his life, enlightened me on why I found his work grand and a masterpiece. Looking at each sculpture, I noticed even the smallest details, like the facial lines completing the expression. Since he is a homegrown talent his work reflects Filipino taste, oriental and native incorporated with Baroque ornamentals thus making it easy to understand and appreciate even by me. According to Dr. Santiago Albano Pilar an art history professor at the University of the Philippines, Tampinco “created a style that is baroque, but baroque according to the way we understand it”.

I spent 4-hours in the museum yet it wasn’t enough. I will be back to again to feast and fill my eyes with those lovely creations. For now I will share photos of some of his works gracing the hallway of the National Museum. 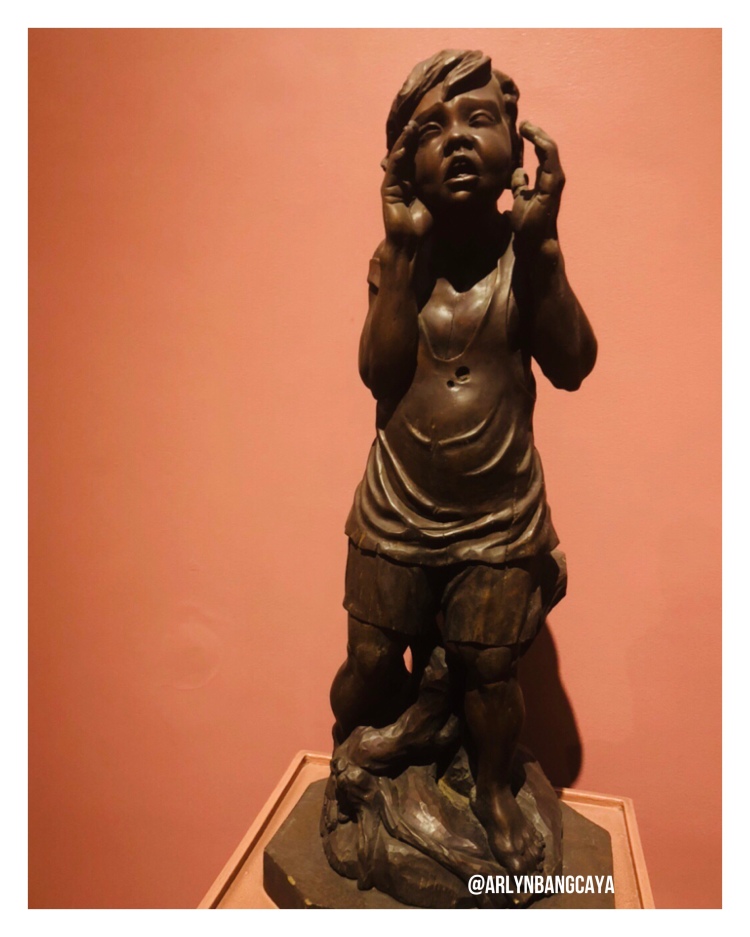 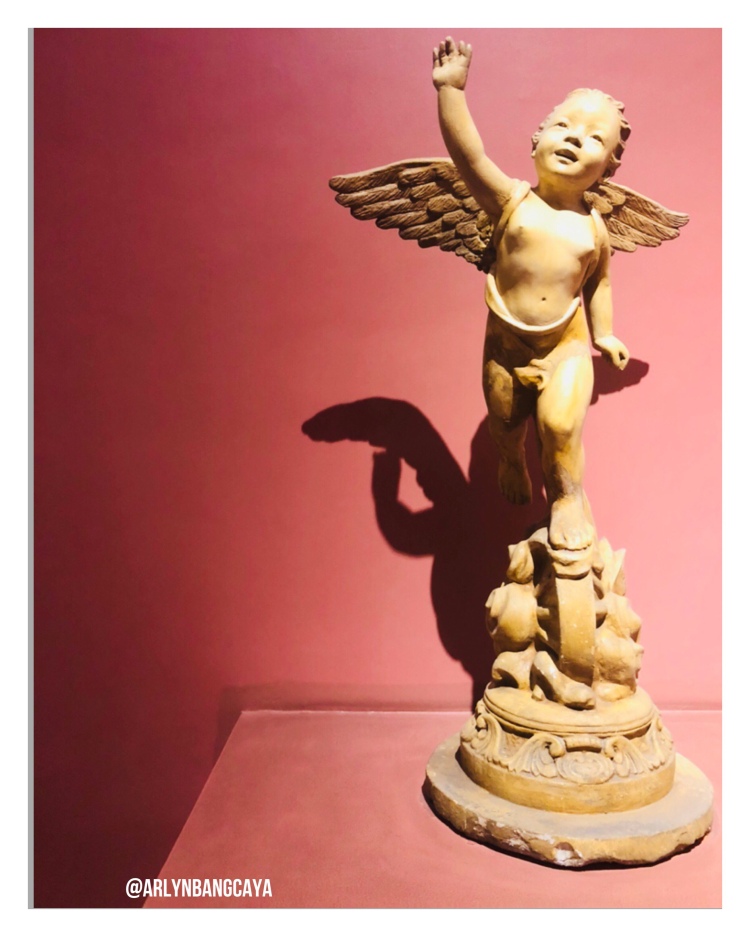 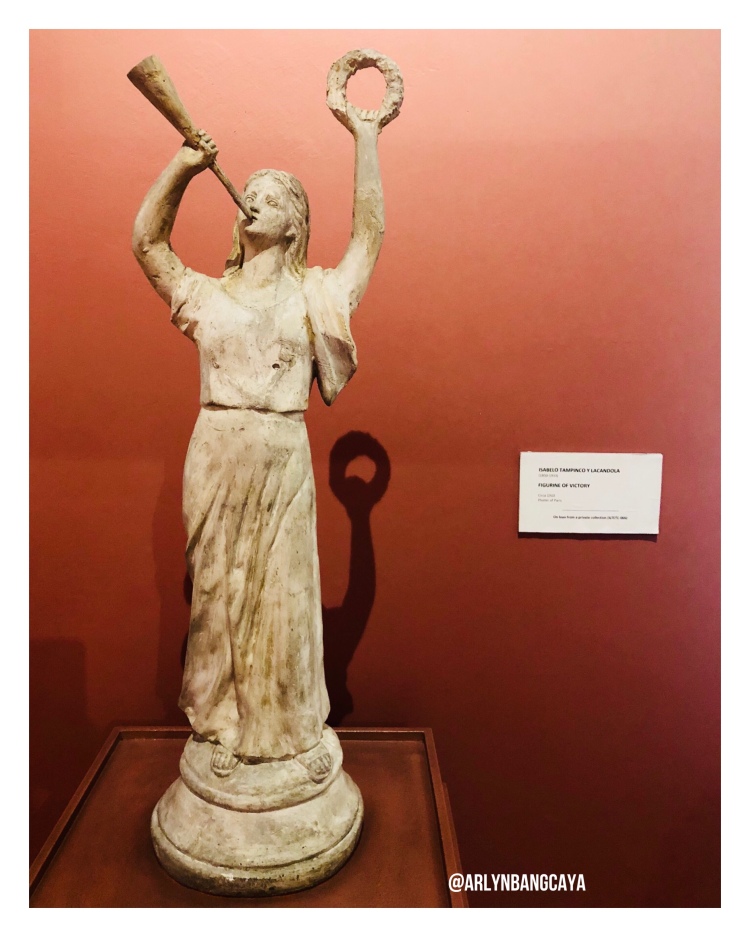 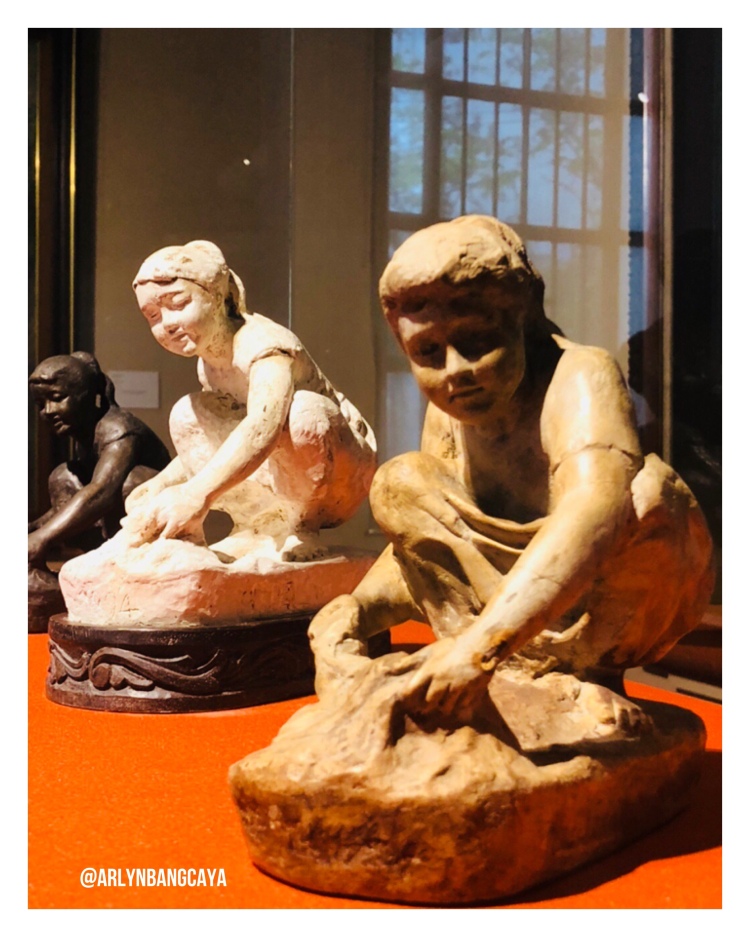