Every 12th of June, we commemorate and celebrate our (Philippine’s) Independence from Spain. A ceremony in Manila usually at Rizal Rizal Park serves as the official festivities together with the  simultaneous raising of the National Flag of the Philippines in various historical places nationwide. Since it is an  annual national holiday  all offices, schools and private companies are closed except for commercial establishments like shopping mall. The shopping mall is vital to Filipino way of  life, this is the place where families and friends gather to bond and spend the day. The best thing about these malls in the country is that they participate in the celebration of the Independence Day and even promote nationalism through events, promotions and visual displays with great pride and hard work.. I should know, I used to work for the to retail company under the marketing department which conceptualizes such.

That being said, last June 12, my sister, her family  and I met at the mall to catch up as well as participate in whatever festivity the mall have organised.  My niece had a great time with Jollibee and friends who were actually wearing our National Costume that day.

Speaking of National Costume, while walking around the mall I came across the TERNOCON Exhibit  at the main activity center of the mall.  The exhibit features the National Costume of Filipina which is the TERNO.  The TERNO that we know today, evolved from an ensemble called baro’t saya (blouse and skirt). Traditionally, it consist of four parts — the camisa (a short blouse with sleeves), the alampay or pañuelo (a type of shawl worn over the camisa), the saya (a long skirt) and the tapis (a short overskirt wrapped around the saya). The Philippine TERNO have evolved and there are different take and interpretation of the national costume and examples of such are presented in this exhibit.

The first Terno Making Convention and Contest held last 2018 ,  was a partnership between Cultural Center of the Philippines (CCP) and Bench/Suyen Corporation to follow its mission of preserving and promoting the Philippine national dress. The first Terno Convention was successful thus this year it is being continued. So the Terno exhibited in the mall are actually the finalists and winners of the 1st Terno Convention. For more information about the convention click on this link —> https://www.culturalcenter.gov.ph/events/attractions/ternocon-2020-convention/details

So without further ado, I’d like to show you some Terno photos I have taken.

A heavenly design that greeted the visitors at the exhibit..

The a modern take on Patadyong (a pre-spanish wrap around lose skirt).. promoted into a TERNO 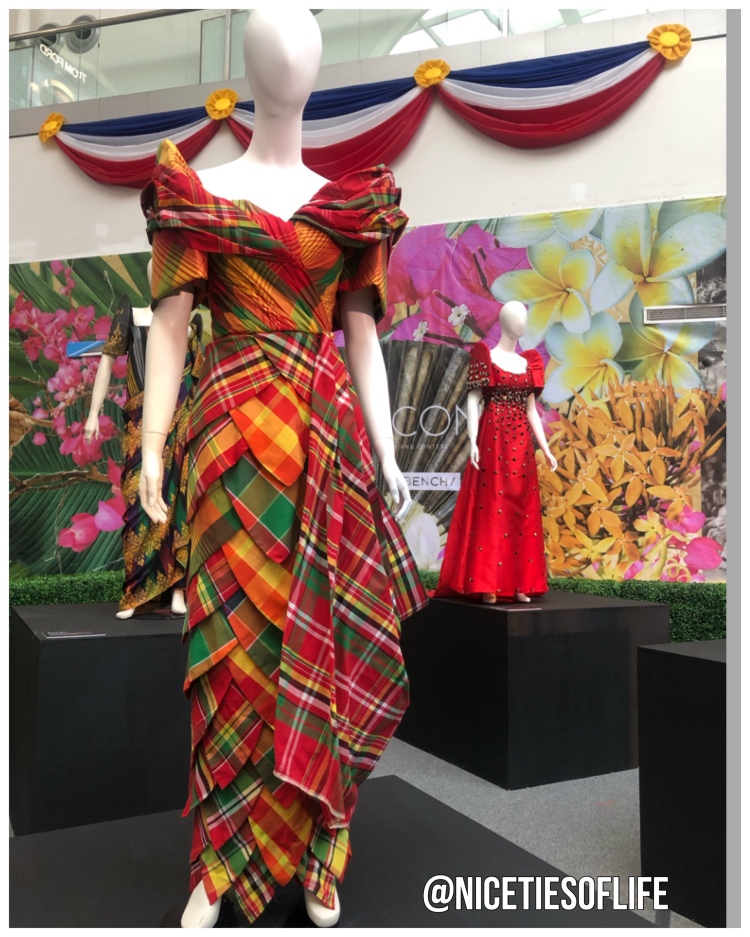 How about an elaborately and heavily beaded Terno?

Another heavily beaded TERNO inspired from the culture of our brothers in Mindanao- actually it has a resemblance to the beadworks and style of the T’boli tribe.

Hanging Terno? Why not this is a very warm country.. 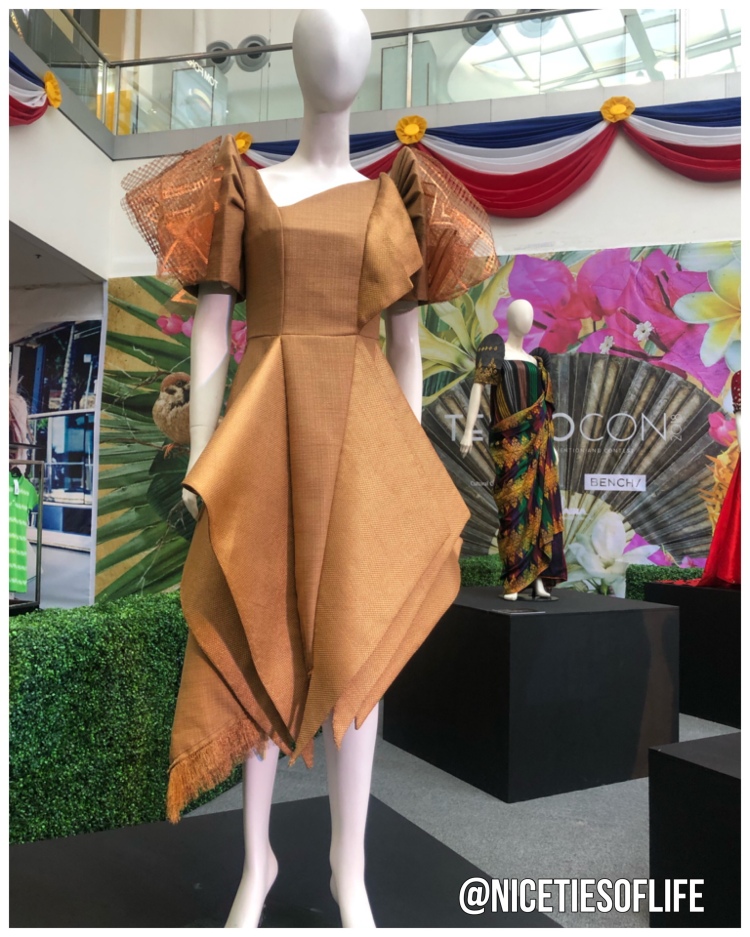 A very modern yet easy to wear Terno.

This one was separated from the rest and instead graced the national flag designed photobooth at the entrance of the mall. In fact we had our photos taken here 🙂

If you prefer something elegant to wear in an evening event.. this beaded Terno is for you

A description of the Terno creation- with the name of its designer and inspiration is mounted such as this one.

While admiring the designs, I felt glad because there are groups that are doing their best to promote our culture to the new generation. Furthermore I was inspired, since I am currently taking up dressmaking and pattern making class at SLIM’S School of Fashion and Arts wherein the TERNO will be my final project to earn a Diploma. The exhibit motivates me to pursue my class and come up with my very own design of Terno 🙂